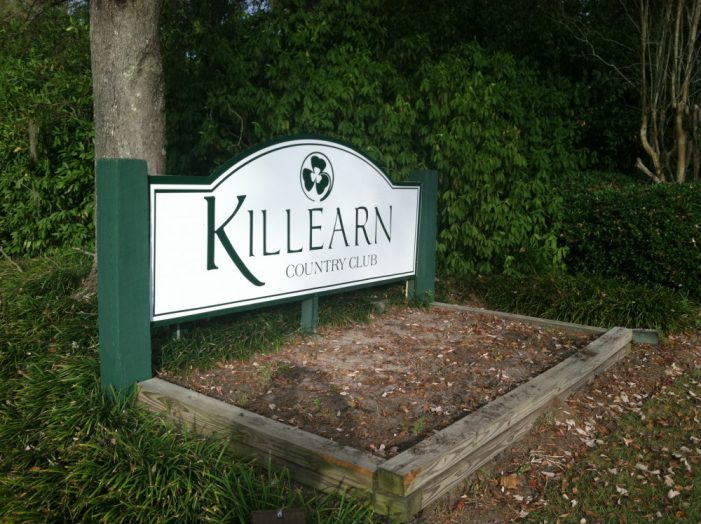 The redevelopment efforts of Barton Tuck, the current owner of the Killearn Country Club, is spiraling into controversy.

Tuck’s recent decision to close the north nine holes has increased the urgency for all those with a vested interest.

It now appears Mr. Tuck, and his legal team, have lost their patience with the court system and has decided to ignore some rather clear decisions from the bench.

Earlier this month, Mr. Tuck decided to move forward with a vote of the members to determine if the club would be sold based on a majority vote.

This is despite court rulings that indicates that such a “majority vote” approach is not consistent with state law.

The issue revolves around a seldom used, but rather powerful covenant restriction which requires the owner of the Killearn Country Club to offer the club for sell to the members if the owner decides to close any of the golf course.

The problem is, the implementation of the covenant restriction language can be interpreted in different ways.

Mr. Tuck desires the “majority vote” interpretation while other members argue minority rights cannot be nullified by a majority vote.

However, court rulings to date have sided with the minority view.

In a more recent hearing, with Judge Angela Dempsey presiding, Mr. Tuck’s attorney made a motion for the court to find in favor of the “majority vote” approach.

But Judge Dempsey rejected the motion and stated in the hearing, when asked about the restrictive covenant language, “Well, I think there is factual disputes on that…”

So why is Mr. Tuck moving forward.

Sources tell TR that while the court may not recognize the vote held by Mr. Tuck, the process could impact the ultimate decision rendered by Judge Dempsey.

And that could happen as soon as December 16th.

That is when Judge Dempsey will hear a motion by Mr. Tuck’s attorney that seeks to effectively support Mr. Tuck’s interpretation of the restrictive covenant.

Regardless of how Judge Dempsey rules at the next hearing, one thing is clear, letters and emails reviewed by TR indicate the controversy is beginning to pit club members against club members and neighbors against neighbors.