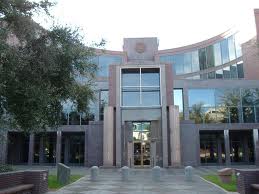 This past Friday Judge Dodson ruled City Commissioner Scott Maddox could be sworn in on Monday, November 21st, despite the unresolved residency issue still being addressed in court.

However, in a rare Sunday order, the First DCA wrote that “Mr. Maddox shall not take the oath of office pending further order from this Court.”

The First DCA was responding to a third appeal by Dr. Jackson, which was filed earlier Sunday.

In their order, the First DCA seeks information on a number of issues included in the latest appeal filed by Dr. Jackson. These issues include the date when residency within the City of Tallahassee is required for candidates and the disqualification of Judge Dodson.

The City of Tallahassee and Mr. Maddox argue that controlling date for residency is the day of installation of the winning candidate, which in this case would be November 21.

Dr. Jackson argues that the City of Tallahassee Charter requires candidate residency when the election results are certified, which in this case would be August 3oth.

Judge Dodson ruled in favor of Mr. Maddox and the City of Tallahassee on this issue.

An important question on the controlling date of residency is why does this date matter if Mr. Maddox has been a resident since he was first elected in 2012? Also, why is this date so important to the City of Tallahassee?

Dr. Jackson, after the First DCA overruled Judge Dodson the second time, filed a motion to disqualify Judge Dodson. The disqualification motion, in part , was based on the First DCA’s finding that Dodson failed to protect Jackson’s due process rights.

Judge Dodson denied the motion in writing without comment and again failed to address the disqualification motion in the hearing held on Friday.

Dr. Jackson argued that case law supports a disqualification when a judge fails to protect due process rights.