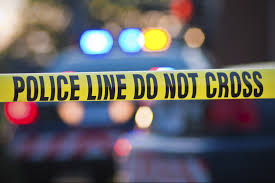 Despite a significant annual decrease, the Florida Department of Law Enforcement released data for 2017 that shows Leon County leads the state of Florida in crime rate for the fourth year in a row.

The table below shows that the violent crime rate – as defined as murder, rape, robbery and aggravated assault – fell by 10.3% and the property crime rate fell by 15.8%. 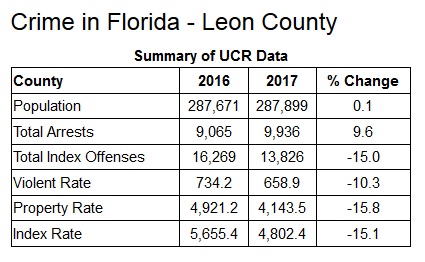 The total crime rate in the state of Florida fell by 4.5% and also fell in 39 of the state’s 67 counties.

Despite the decrease in the per-capita crime from 2016, Leon county continues to lead the state of Florida in crime rate.

The table below compares the crime rate per 100,000 residents for all counties with a population greater than 200,000.

Tallahassee Reports has previously published stories about Tallahassee having the highest per capita crime rate in the state of Florida in 2014, 2015 and 2016. Those reports can be read here and here and here. 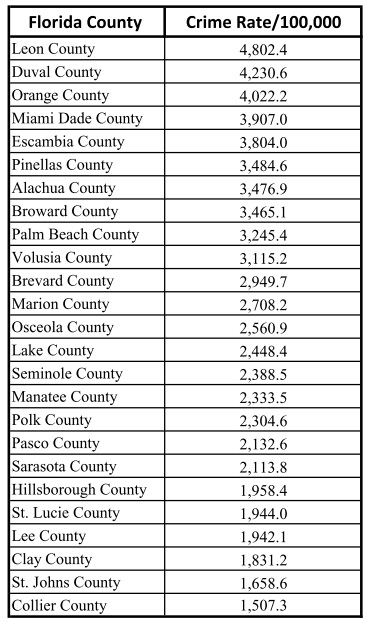 Leon Crime Rate Down, Still Leads Florida added by Staff on May 22, 2018
View all posts by Staff →