Tallahassee City Commissioners heard a status report on marijuana reform efforts at their Oct. 16 meeting. Staff was directed to prepare the report at their Sept. 11 meeting to further discuss the issue.

In the end City Commissioners opted not to move forward with an city ordinance addressing the issue.

Recreational marijuana is currently illegal in the State of Florida, but several other Florida communities have adopted local ordinances to decriminalize possession of small amounts of marijuana. Typically, these ordinances replace criminal charges with civil penalties. Although true decriminalize of marijuana will require changes in state or federal legislation, the Commissioners are considering drafting a local decriminalization ordinance.

The City already carries out a Misdemeanor Diversion Program to keep misdemeanor offenders out of the criminal justice system.

According to the report, the State Attorney’s Office administers the program, which “provides eligible offenders with the opportunity to avoid criminal prosecution for certain low-level offenses, including misdemeanor marijuana possession, if the offender participates in and complies with the requirements of the program and avoids further criminal activity during the diversion program.”

The program is designed for misdemeanor offenses like possession of less than 20 grams of marijuana as well as possession of drug paraphernalia. Diversions can occur before or after an arrest, and Tallahassee Police Department officers are instructed to investigate each situation thoroughly before deciding whether or not to provide the offender with an arrest alternative like the program.

According to the report, between Jul. 1, 2018 and Jun. 30, 2019, TPD made contact with 540 individuals who either possessed a misdemeanor amount of marijuana or had a warrant for misdemeanor possession. Of these individuals, 365 were released without penalty after officers confiscated the marijuana.

The report includes demographic breakdowns for the 365 individuals who were not penalized, but it does not provide demographics of the 175 who were arrested or received pre-arrest diversions, warrants, or citations.

State Attorney Jack Campbell considers the Diversion Program an adequate alternative to adopting a formal decriminalization ordinance in Tallahassee, as it offers a significant opportunity for offenders to avoid misdemeanor marijuana charges as well as drug treatment when necessary.

Campbell has expressed opposition to any local marijuana ordinance because it could not override existing state and federal legislation or prevent an offender from receiving criminal charges.

At the meeting, Campbell stated, “we kind of need to stay in our lane.”

3 Responses to "City Commission Gets Report on Marijuana Reform Efforts, Decides Against Ordinance"

Leave a Reply to Jerry A Kimbro Cancel Reply 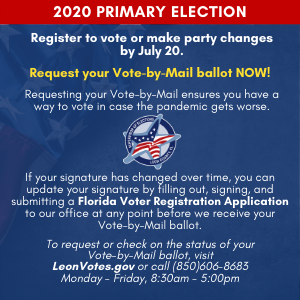