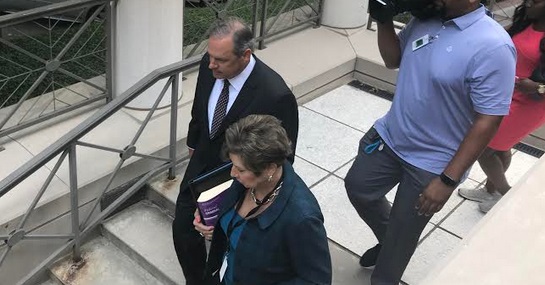 The City Commissioners reviewed a proposed audit of City contracts at their Oct. 16 meeting. The audit relates to former City Commissioner Scott Maddox’s recent guilty plea in Federal court, which revealed honest services fraud and other crimes committed throughout his term on the city commission.

The City Commission voted to move forward with the audit after the sentencing of Mr. Maddox which has been scheduled to take place in January, 2020.

The proposed scope of the audit has two focuses, both of which primarily relate to details Maddox revealed in the Statement of Facts.

Staff reports that the first part of the scope is “a review of matters disclosed in the Statement of Facts involving or related to the actions and operations of City government for the purpose of determining if City staff acted in accordance with relevant laws, rules, policies, and procedures, and within their given authority.”

The second focus relates to how the City has complied with anti-corruption laws and policies and determining specific actions the City should take to prevent similar corruption from happening again.

The audit’s specific objectives are to uncover specific names and roles related to the Statement of Facts and determine where the problems originated.

Staff also aims to pinpoint State laws and City ordinances designed to prevent corruption. Staff may then recommend amendments to the existing ordinances or changes to City operations to more effectively fight corruption in local government.

The proposed methodology of the audit includes gathering evidence from City records like contracts, emails, and text messages. Staff also plans to interview City staff and other individuals for additional evidence.

According to the agenda, the timing of the audit is significant due to the ongoing federal investigation, which “may bring to light additional information that could impact the scope, objectives, conclusions, and recommendations of the audit.”

New evidence can be added over the course of an audit but can cause complications if added after it ends. For this reason, staff recommends starting the audit no earlier than the date of Maddox’s sentencing, noting that it may be smart to wait until any trials or investigations have closed.