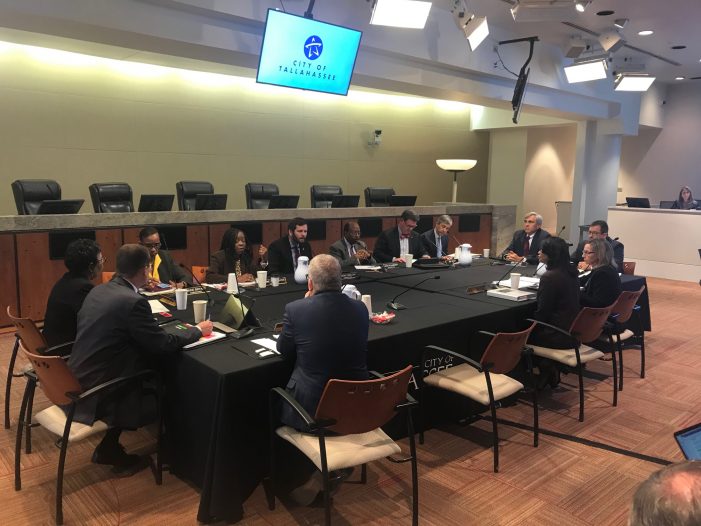 On Monday the Tallahassee City Commission voted to move forward with a number of ethics ordinance proposals that will give the Independent Ethics Board (IEB) more power.

Together, the adopted amendments – most recommended by the IEB – will give the Board expanded authority to investigate ethics charges and levy higher fines.

In addition, the City Commission adopted other reforms which address financial disclosure and lobbyist registration.

Listed below are key actions taken by the City Commission during Monday’s workshop.

Who is covered by Ethics Board?

Corrupt Standard or Should Have Known Standard

The City Commission voted 4-1 to adopt the IEB’s recommendation for lowering the bar for prosecutions for “misuse of office” to a “knew or should have known” standard, as opposed to the “corruptly” standard.

The City Commission decided not to wait on the Florida Legislature and voted 5-0 to move forward with requiring elected officials and certain city employees to provide more detailed personal financial information through Form 6.

The City Commission voted 5-0 to adopt the CAO recommendation on the prohibition of gifts. The proposal tracks the gift definition in Chapter 112 of the Florida Statutes.

The City Commission voted 5-0 to increase fines for lobbyists that fail to register with the Treasurer Clerk’s office. The penalties will start at $1,000 for the first violation and increase with each additional violation by $500.

The City Commission voted 5-0 to adopt a five-year statute of limitations for the ethics code. The CAO had recommended two years.

This means no action may be taken on a complaint filed more than five years after the violation is alleged to have occurred unless a person, by fraud or other device, prevents discovery of the violation.

The next step in the process is for the CAO to write an ordinance that will reflect the votes on the issues addressed at the workshop. City Attorney Cassandra Jackson said that a draft ordinance would be presented to the City Commission in November.

10 Responses to "City Commission Votes for Tougher Ordinance, Ethics Board Gets More Power"