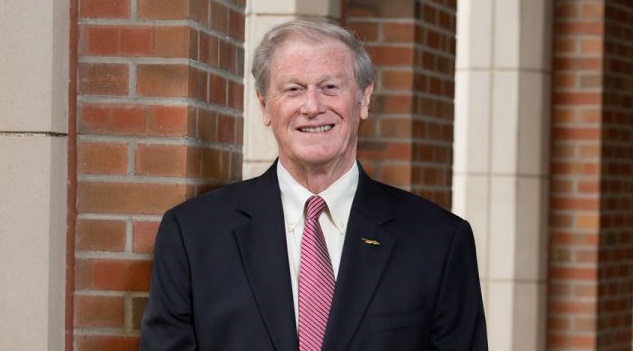 The News Service of Florida

Florida State University is launching a national search to replace President John Thrasher, who advised the school’s Board of Trustees on Friday “the time is right to begin planning for FSU’s future.” In a message also posted on the university’s website, Thrasher, 76, didn’t use the word retirement as he stated his intention to remain at the helm until a successor is chosen.

“Today, Florida State University Board of Trustees Chair Ed Burr and I announced that due to the potential impact of COVID-19 on a national presidential search, the time is right to begin planning for FSU’s future,” the message said. “Recognizing the challenges of conducting a presidential search during the pandemic, we agree the Board should begin the process earlier than anticipated. The Chair has pledged to take as much time as needed to ensure a thorough and comprehensive search.”

Thrasher called his six-year stint at FSU “the most energizing and rewarding of my professional life.” Thrasher’s contract with FSU expires in November 2021. “We created a strategic plan, raised $1 billion for our capital campaign, expanded the research enterprise, enrolled and graduated the brightest students in the university’s history, and became recognized as one of the Top 20 public schools in the nation,” Thrasher said, reflecting on his tenure as FSU’s chief cheerleader.

A former House speaker from St. Augustine, Thrasher in 2014 left a state Senate seat and role as chairman of then-Gov. Rick Scott’s re-election campaign to become president of the school where he earned his undergraduate and law degrees. Thrasher, who also served as a chairman of the Republican Party of Florida, had been a major supporter of FSU in the Legislature, including helping the university establish a medical school. Thrasher, who headed the search committee that selected T.K. Wetherell as FSU president in 2003, was nominated for the post by former FSU president Talbot “Sandy” D’Alemberte.

10 Responses to "FSU to Launch Search for Thrasher’s Replacement"