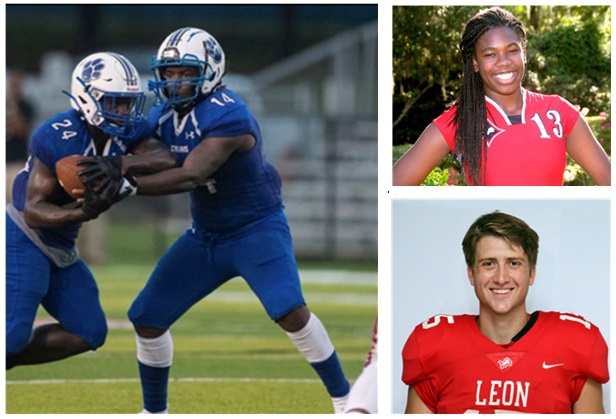 Student-athletes in Leon County face the everyday struggle of playing their sports to the best of their ability and doing well in the classroom.  For the next several weeks I will highlight some of Leon County’s best at making plays on the field and off of it.

Leon High’s senior wide receiver DJ Campbell is the 255th ranked player in the state of Florida according to Max preps. Campbell was off to a great junior season in 2019, but injured his ankle in week 5 and sat out the rest of the season.

Head coach of the team Garrett Jahn described Campbell’s play as very consistent and expressed that he is looking forward to having him in the 2020 season. “ He had about two or three touchdowns (in 2019) and I don’t think he dropped a pass up until that point (the injury) he’s just very consistent, but he missed the last half of the season so we are hoping for an healthy senior campaign,” Jahn stated.

Despite not having a spring football season, which is when college coaches usually come around, according to coach Jahn, Campbell still has received interest from colleges because of his stellar academics. “DJ has well over a 4.0 GPA, so he’s being looked at by Ivy League schools and high academic schools, so that’s always a great thing,” Jahn explained. DJ Campbell is a kid to look out for in the future.

The next student-athlete is also from Leon high, but this one plays volleyball and her name is Cailin Demps. As an outside hitter, Demps currently leads the entire district in kill shots with 46 kills in just four games. Kills are awarded to a player any time an attack can’t be returned by the opposition and is a direct cause of the opponent not returning the ball, or the attack leads directly to a blocking error by the opposition.

In last years state championship run, Demps helped propel the team with 298 kills, which was the third most kills on the team behind seniors A’nyla Cobb and Shania Cromartie, who were both ranked first in the state of Florida at their respective positions.

Demps is currently ranked eighth best outside hitter in the state of Florida, and 103rd in the nation in the graduating class of 2022 according to max preps. Demps. Demps is a player to watch as Leon high goes for back to back state championships.

Changing back over to the football field at Godby high school, senior quarterback Lonnie Williams is a player to keep an eye on. As a 6 foot 190 pound dual threat quarterback, Williams has the size and athleticism to be successful at the position.

In the first game of the 2020 football season, Williams showed his versatility as he threw for two touchdowns and ran for another as he led his team to a blowout 32-7 win versus Chiles high.

According to max preps Williams is ranked as the 100th best quarterback in Florida. Williams will look to increase his rating as the season progresses.

DJ Campbell, Cailin Demps, and Lonnie Williams are just three of the many great student-athletes in Leon County. In the coming weeks, we will highlight many more. 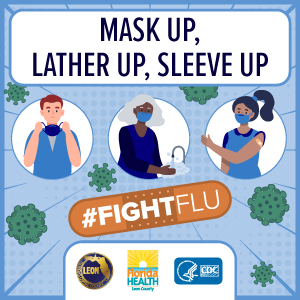 Ari Payne is a writer and radio personality, who is studying broadcast journalism at Florida A&M University. Ari has a strong passion for sports, being that he was an athlete from a young age and throughout high school. Ari is currently serving as the sports director for local radio station WANM 90.5.