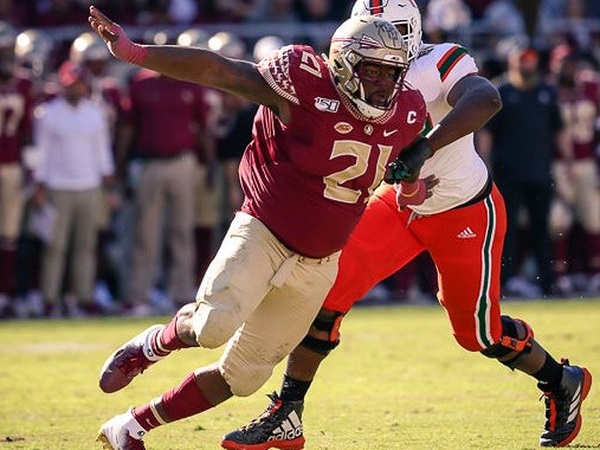 Marvin Wilson, a projected 1st round NFL pick, is the leader of a deep FSU defensive tackle group. Behind him is Corey Durden, MS State transfer Fabien Lovett, Robert Cooper and Tru Thompson. With so much depth at this position you may see Wilson and Durden get some snaps at defensive end as well. In new […]

Quarterback James Blackman will be the starting quarterback once again. In 2019 James Blackman threw 2,339 for yards, 17 touchdowns and 11 interceptions. Blackman has had quite the up-and-down career at Florida State with 6 different play callers and going 12-12 as a starter. Norvell and offensive coordinator Kenny Dillingham have helped him develop a […]

On New Year’s Eve Florida State will take on the Arizona State Sun Devils in the Sun Bowl in El Paso, Texas. The game will be televised on CBS at 2 PM Eastern. The Sun Devils had a very streaky season winning 5 out of its first 6 games, followed by a 4 game losing […]

Scott Carswell, Jr is a 27-year-old Tallahassee resident. Scott graduated in 2015 from FSU with a degree in social science and a minor in hospitality. Prior to FSU, he graduated from Florida High and received his AA degree from Tallahassee Community College. Since graduating, Scott helps operate The Moon, a family business, which is a concert hall here in Tallahassee. He also contributes to scouting reports for prepstar.com, a college sports recruiting website.